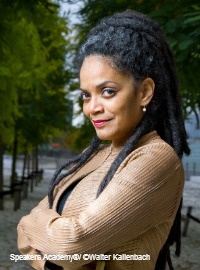 Working with Aldith Hunkar is a guarantee for high-level output: she is punctual, accurate, involved and witty....

Aldith Hunkar leads an ex-pat life as a child. Her fathers career for the Dutch government and the United Nations takes the Hunkar family from Suriname, via Malaysia and Brazil to Tunisia. In these countries, Aldith attends different educational systems and learns to express herself not only in Dutch, but in English, French, Portuguese, Spanish and Italian as well.

She decides at a young age that her heart lies in journalism. During her time in college (different majors with varying results), she writes recreationally and makes radio programmes for a local broadcaster in Belgium.

At the end of the 1980s, her talents as a radio presenter are first officially recognized by the first commercial radio station in the Netherlands, Radio 10. The national broadcasters soon follow suit and Aldith makes radio programmes that stand out for several of them, most notably her alternative Top 40 and her talkradio show, during which she establishes herself as a conversation partner and a fresh and sharp interrogator.

In 1994, Aldith Hunkar is invited to anchor the Dutch news programme for children, broadcast by the NOS, the Dutch National News. During the six following years the daily programme receives many awards, and Aldith herself is voted Female Television Presenter of the Year 1998.

In 2000, she makes the switch to the regular News programme, where she becomes the first camera-journalist or camjo in the Netherlands. As a camjo, Aldith is not only director and interviewer, but camerawoman and sound engineer too, as well as editor/cutter of her own digital material. Her most memorable reports are filmed in Pakistan, Mozambique, Morocco and her country of birth, Suriname.

Her talent for improvisation and her obvious ease during live programmes are the main reasons why Hunkar is subsequently asked to present a host of high-profile TV programmes in the Netherlands, such as a 24-hour live marathon at the turn of the century and a 9-hour show to celebrate the broadcasting companys 60th anniversary. She also reports live from location during national events such as the wedding of the Crown Prince of the Netherlands.

Aldith Hunkar then further explores her work as a television reporter and presenter when she works for another national broadcaster between 2002 and 2004 and focuses on longer productions with a social and/or cultural character. She hosts a European competition that is broadcast live all over Europe and is presenter and reporter of a weekly programme on social change. Her love for and knowledge of music manifest themselves during the annual North Sea Jazz Festival in the Netherlands and the weekly episodes of a popular Jazz programme on TV that ensue from it.

During this two-year period, Aldith also establishes her reputation outside the media. On any stage, just like she does on screen, she conveys competence and a relaxed attitude, resulting in recurring requests from different ministries, large events and cultural or educational organizations. Her multilingualism makes her a favorite with international projects.

In 2004 she returns to the National News at NOS, this time as a news anchor. The audience and her peers appreciate her personality and mostly her steadfast sense of control during Breaking News bulletins.

Hunkar leaves the broadcasting company in 2007 to start her own company: Hunk-arT, in which she combines her talents with her passion for travel. By keeping matters in her own hands, she aims to keep her standards consistently high. She remains a journalist in different disciplines (writing, photography, filming, editing, hosting), gives media workshops and is available for podium contracts within her interest field.

Working with Aldith Hunkar is a guarantee for high-level output: she is punctual, accurate, involved and witty. A true professional with a sense of adventure and a broad horizon; travelling has always remained an important part of her life and she now lives part-time in Jamaica, the Caribbean island that stole her heart some twenty years ago, when she first visited as a tourist. 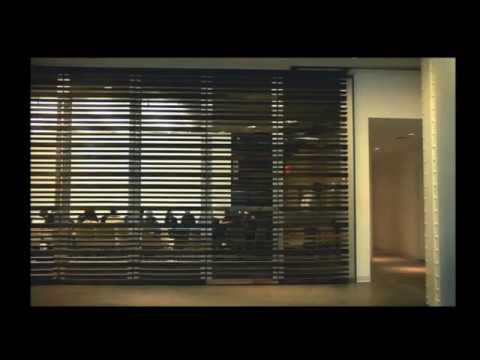