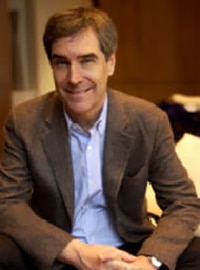 Michael Ignatieff, prominent Canadian author and academic, was first elected in 2006 as the Member of Parliament for Etobicoke Lakeshore. Michael currently serves as Deputy Leader of the Liberal...

Michael Ignatieff, prominent Canadian author and academic, was first elected in 2006 as the Member of Parliament for Etobicoke Lakeshore. Michael currently serves as Deputy Leader of the Liberal Opposition.

Prior to entering politics, Michael earned an international reputation working as journalist, author and academic in the field of human rights and international affairs. He is the former director of the Carr Centre for Human Rights and Policy at Harvard University and has served as the Chancellor Jackman Visiting Professor in Human rights Policy at the University of Toronto and Senior Fellow of the Munk Centre for International Studies. He is one of the most influential voices in the global debate on human rights, as well as the distinguished author of an acclaimed biography of British academic Sir Isaiah Berlin and such award-winning works as Blood and Belonging and The Rights Revolution.

Michael has written extensively about the challenges Canada faces in the 21st Century and the urgency of making Canada’s voice strong and credible on the international stage. In his keynote address to the Liberal Party of Canada’s Biennial Policy Convention in March 2005, Michael stressed the importance of remaining true to our cherished Liberal values – “generosity, unity, sovereignty, justice, and the courage to choose, the will to govern.”

He is a recipient of the Governor General’s Award for Non-Fiction and the Heinemann Award, and was shortlisted for the prestigious Booker Prize for Fiction and the Whitbread Novel Award. Michael has also been a regular broadcaster and critic on television and radio.