The terror of political correctness

Do you remember Amanda Gorman, who recited the beautiful poem "The Hill We Climb" during Joe Biden's inauguration? In a bright yellow coat and with a large red hair band in her artfully braided hair, this 22-year-old made a smashing impression. With sentences that seemed to come from her toes, she articulated not only the fragility of our society, but also its strength. 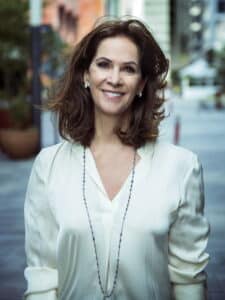 Annemarie van Gaal: „Amanda Gorman articulated what a better world would look like, if we no longer made distinctions between someone’s culture, color, nature or circumstances. Every time I look back at her performance, I either get goose bumps or I am deeply moved, depending on my own state of mind at the time.

Dutch publishing houses were lining up to translate her poems, and the publishing house that eventually secured the rights approached 29-year-old writer and poet Marieke Lucas Rijneveld to do the translations. Despite her young age, she is one of the most talented and brilliant writers in our country, even winning the prestigious Booker literature prize last year.

The perfect choice, you might say. But immediately after the choice for Rijneveld was announced, criticism swelled: How did the publisher get it into her head to have the poems of a black woman translated by a white person? How could a white person ever empathize with the feelings and world of a black person? Critics accused the publisher of wanting to „whitewash“ everything.

Color, preferences, gender or even a physical disability shouldn’t matter, if employers just pick the best.

A black activist blamed the publisher for allowing their „ego to take precedence over the art,“ because the art was better served by a black translator. In her argument, the activist listed a number of names of black female poets who she felt would be a better choice: Names I had never heard of. Narrow-mindedness at its best, if you ask me. I don’t know if it’s typically Dutch, but I do think it’s typical of the overblown way we’ve been treating a concept like diversity lately.

Look, of course Amanda Gorman is black and Marieke Lucas is white: everyone can see that. But as Amanda Gorman argues that it’s not about what separates us, but what connects us, we could also look at what the similarities are between Amanda and Marieke Lucas and not their difference in skin color. Amanda was an insecure, vulnerable black girl with a speech impediment. Marieke Lucas knows that insecurity and vulnerability like no other. Born as a girl, she feels neither girl nor boy, more of an „in-between person“ as she says herself.

How Marieke Lucas would have translated Amanda Gorman’s poems, we will unfortunately never know because due to the hatred on social media and the pressure from a few activists, she withdrew. The publisher also bowed their head and expressed regret that they had ’stupidly‘ chosen Marieke Lucas and not a black writer in order to offer ‚a platform to a young black woman‘. But what is it about? Should we be politically correct or choose the best translator?

A small publishing house called „Wild Hairs,“ which was founded a year ago in response to the Black Lives Matter protests and focuses on „inclusivity, visibility, and diversity,“ was allowed to look for a translator and has since asked Dutch-Surinamese Zaire Krieger to do the translation of Gorman’s poems. Maybe Krieger is fantastic, maybe not, but the method of selection is a thorn in my side. I will always wonder if Marieke Lucas‘ translations would not have been better. After all, skin color has nothing to do with talent, intelligence, discipline, drive or vulnerability. Just as your ability to empathize or your drive to survive, has nothing to do with color.

By emphasizing our difference in skin color, we make the very distinction we do not want. Talent and drive are more important than origin or color. The world would be a more beautiful place if color did not matter anymore. If color were invisible. If employers replaced their job interviews with anonymous assignments that allow you to judge the quality of someone, without regard to race. If everyone who wants the job is given the opportunity to make an anonymous assignment and the person who makes the best assignment gets the job, regardless of your color, origin, creed or appearance. After all, we are wasting a lot of talent if we keep selecting by our old-fashioned way of resumes and especially looks.

Skin color has nothing to do with talent, intelligence, discipline, drive or vulnerability.

So now that the publisher has Zaire Krieger in mind for the translation, why not ask Zaire and Marieke Lucas both to anonymously translate the same poem? The person who comes up with the best translation will win the job of translating all of Amanda Gorman’s poems. Regardless of color. It’s all about talent, right?

That’s why, deep in my heart, I’m also against a quota, for any group. For example, the Amsterdam police are now instructed that they cannot ethnically profile when they conduct preventive searches. So how do they proceed? Do they count how many white youths they have searched that evening before they can arrest the light colored rioter? That would be nonsensical, wouldn’t it?

Why should you have to look at how many people of what cultural background you employ, how many women, how many people with different sexual orientations, and only then decide which applicant you can hire based on that? Color, preferences, gender or even a physical disability should not matter, if employers just choose the best. Sometimes someone who has a so-called distance to the labor market is the best for the position, provided they are judged solely on talent. Objectively, without discrimination, but with open arms for everyone who is talented and driven.“

Editor’s note: As of January 7, 2022, Marieke Lucas Rijneveld has the pronouns he and him. Annemarie van Gaal is an entrepreneur and investor. Her entrepreneurial career began in Russia,...