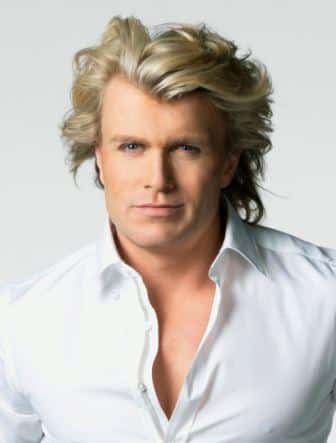 Illusionist and entrepeneur with a magical story

Hans Klok has been known for years as the fastest illusionist of all times. He brought magic with an energetic presentation to the MTV era. Internationally he celebrated a triumph in Las Vegas with Pamela Anderson as his assistant and in the spring of 2012 he starred for five weeks in London’s ...

Hans Klok has been known for years as the fastest illusionist of all times. He brought magic with an energetic presentation to the MTV era. Internationally he celebrated a triumph in Las Vegas with Pamela Anderson as his assistant and in the spring of 2012 he starred for five weeks in London’s West End with his new show ‘The Houdini Experience’ (The Greatest Illusion Show on Earth). Hans was greeted with rave reviews.

This success was not, as is the case today with The Voice or Idols, realized in one day. Already at the age of ten, Hans knew what he wanted to be, when he received his first magic box from his grandparents. With his current international success, after thirty years of ups and downs, he has become known worldwide.

Magic is not only his profession, it is his life. The speed at which he performs his illusions is one of the secrets of his success. It used to take sometimes ten minutes to create an illusion. This spring, on a Saturday night BBC show, Hans broke his own world record by creating 12 illusions in five minutes!

Hans’ image as Mr. Las Vegas is always surrounded by scantily clad ladies. A wizard with flowing hair, he flies from illusion to illusion. With this Hans is OK, as you are not your image. When not performing, Hans Klok is often found in his overalls in his workshop. There he looks at the creation of his illusions more as a carpenter or metal worker. In solitude he creates his “wonders”.

This began when he was ten years old. “When other children were playing soccer in the street, I was before the mirror in my room practicing card tricks. Again and again I looked to see if I could make the cards disappear and reappear. As a magician you are trying for twenty years to reach the top and master pure craftsmanship.” In this respect, Hans sees himself as the Casius Clay of show business. Practice every day and keep practicing.

Hans is more than an artist in search of a gig. He is also an entrepreneur with his own company. At 21 he was already employing the services of 12 people. With all the behind the scenes engineers, his show is a costly affair. The high costs have caused ups and downs. Hans used to say “yes” to all kinds of offers. By trial and error he became wiser.

Who is the man behind the magic? What is Hans’ motivation, the secret of his energy, strength and survival as a worldwide success? Hans believes that intuition and creativity are the basis of his energy, magical powers that he is sure everyone possesses.

These powers saw to it that Hans became an A-star performing artist. For example, last year he was the first illusionist in 125 years to perform to sold out audiences for five weeks at the Carre Theatre in Amsterdam. One of his secrets is that it is always up to you to continue working. “If you think you’ve made it, you’re dead.”