Daniel Seesink observes the behavior of not only apes, but also of people. Especially when they are not aware they are being watched by him and his camera.

Social safety is one of the main needs for humans to feel secure in a group of collegues or even a group of sporty friends. Also your own family represents a social group in which one needs to feel safe. It costs companies around the world billions of euro’s to pay for the reintegration of employees who become ill due to a lack of social safety. It is the main task of leaders and managers to provide such an environment. But that is easier said than done of course. Or isn’t it?

Through his lectures Daniel Seesink takes his audience back to the behavioral basics via the recognisable habits that the great apes show us. Based on sociobiology he shows how alpha males and silverbacks organise and lead their families. The grooming they do forms an interesting metaphor for how people can meet the need for social contact. Of course Seesink will translate the grooming of apes to achieving a social safe culture in your company.

Daniel Seesink observes the behavior of not only apes, but also of people. Especially when they are not aware they are being watched by him and his camera. The photographs that Daniel takes are being used to literally hold a mirror in front of the attendants in which they see themselves like never before.

In the first five years of his career Daniel Seesink worked as a school teacher in Biology. After that he switched to a job as accountmanager in the pharmaceutical industry. He experienced that it is necessary to have a social safe environment and even culture to perform best. Inspired by the fieldwork of researchers as Jane Goodall, Frans de Waal and Jan van Hooff, all true pioneers in studying great ape behavior, Seesink in 2013 decided to make his job of teaching and lecturing people in businesses about the inevitable link between great apes and humans.

ApeWise was born (in Dutch: Bewust Zoo). His goal became to make managementteams aware of the basic need for recognition in a sociale safe environment. And furthermore to help them making their specific company socially safe. In a natural way, considering the evolutionary findings of Darwin: “It is not the strongest of the species that survive but the one most responsive to change”.

Get inspired by ‘our closest living relatives’.

The behavior of great apes works as a mirror for the behavior of people in companies. About social safety, grooming, leadership and cooperation.

– Some questions Daniel will answer are:

– why do apes groom each other?

– why is social safe behavior of great importance both for apes and for humans?

– how to create a social safe culture in your own company?

2. Look in the mirror: objective observations

A picture tells more than a thousand words. During your workshop Daniel will take pictures of the people while they are cooperating in a team. At the end of the workshop the pictures will be shown while Daniel gives his interpretation of the captured behavior. A true and undisputable view in the mirror. Or is it not?

– Duration: depends on the duration of your workshop.

People need to feel socially sasfe in order to feel free to speak up. A lot of companies work very hard to achieve a fysically safe en secure environment. But in the end it takes people to make it work. So what can people learn from apes regarding social safety?

– Some questions Daniel will answer are:

– why do apes groom each other?

– why is social safety of such an importance for people?

– how do I create a socially safe culture of environment in my own company? 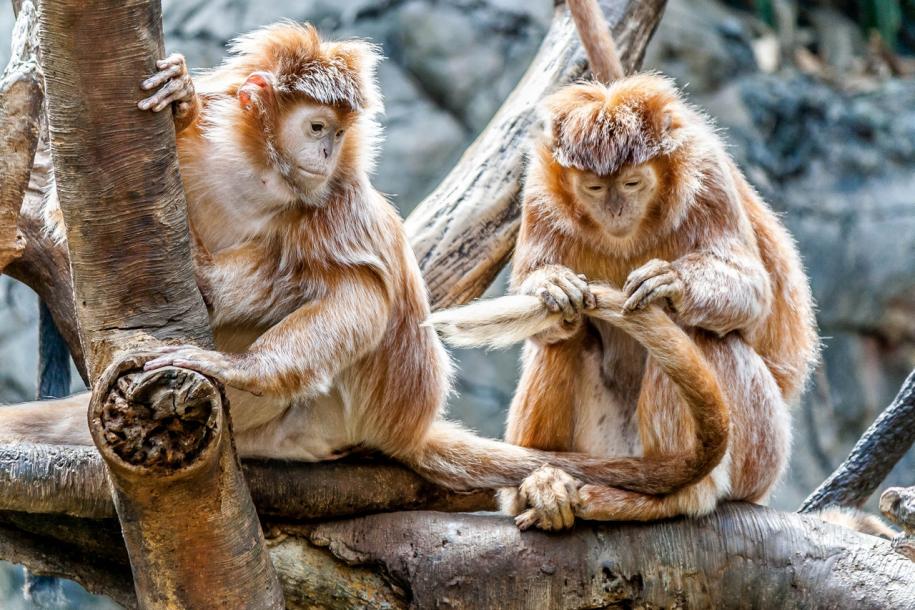 Are you grooming enough?

I can hardly imagine that not so long ago we shook hands during our encounters. That we gave each other three kisses when we arrived and when we...