Time Magazine named Rebecca Walker one of the fifty most influential American leaders under forty because of her transformative views on race, gender, sexuality and power-an award which has been followed by many others, including the Women Who Could Be President Award from the League of Women ...

Time Magazine named Rebecca Walker one of fifty most influential American leaders under forty because of her transformative views on race, gender, sexuality and power--an award which has been followed by many others, including "the Women Who Could Be President" Award from the League of Women Voters and anHonorary Doctorate from the North Carolina School of the Arts.Rebecca is the author of the original Third Wave primer To Be Real: Telling the Truth and Changing the Face of Feminism, in print for more than ten years and taught in Gender Studies programs around the world; the bestselling post-civil rights memoir Black, White, and Jewish: Autobiography of a Shifting Self, winner of the Alex Award from the American Library Association; and What Makes a Man: 22 Writers Imagine The Future, about which Booklist wrote: "Walker has done society at large a great service by bringing forth these voices, these views."Rebecca's memoir, Baby Love: Choosing Motherhood After a Lifetime of Ambivalence was published to acclaim in the New York Times, People Magazine, the Washington Post, Babble, and on the KTLA Morning Show, NPR, and many more. Danzy Senna, author of Caucasia and You Are Free writes, "In Baby Love, Rebecca Walker has shone a bright light on the Ambivalent Generation. Moving, wise, and deeply honest, Baby Love has illuminated a crucial question for ourtimes."Her third collection, One Big Happy Family, explores the explosion of non-traditional family configurations in the US, and includes perspectives on polyamory, transracial adoption, househusbandry and single motherhood. Her latest collection, Black Cool, explores the singular aesthetic that has helped to shape the world.Rebecca has spoken at hundreds of high schools and universities including Exeter, Head Royce, Harvard, Oberlin, Smith, MIT, Xavier, and Stanford, and addressed dozens of organizations and corporations including The National Council of Teachers of English, the Walker Arts Center, Tulisoma, RuterDam Stockholm, Hewitt Associates, and the Ministries of Culture and Gender of Estonia, at the first-ever Conference on Masculinity in the Baltics. She has been featured on Charlie Rose, Good Morning America, and Oprah.Rebecca teaches the art of memoir at workshops, MFA programs, and writing conferences internationally, and is a private publishing consultant to writers of both fiction and non-fiction developing their work for publication. Her essays, articles, and reviews have appeared in The Washington Post, BookForum, TheHuffington Post, Spin, Babble, Salon, Marie Claire, Glamour, Child, Plum,Essence, Vibe, Buddhadharma and several award-winning anthologies.Rebecca is also known for her role as the original leader and founder of Third Wave Feminism, the movement, and the co-founder of the Third Wave Foundation, a non-profit organization that works through grant-making, leadership development, and philanthropic advocacy to support young women ages 15 to 30 working towards gender, racial, economic, and social justice. Rebecca is the daughter of Pulitzer-prize winning novelist Alice Walker and esteemed civil rights attorney Mel Leventhal. She lives in Hawaii and Southern California with her son.

1.   Create a space for others to safely challenge and evolve their ideas about themselves and the turbulent world in which we live
2.   Navigating multiple identities
3.   The changing face of feminism
4.   Citizenship and politics of identity
5.   Integrated cultural diversity in organizations
6.   Corporate Social Responsibility and Sustainability
7.   Managing across cultures and multicultural management
8.   Leadership for the 21st Century 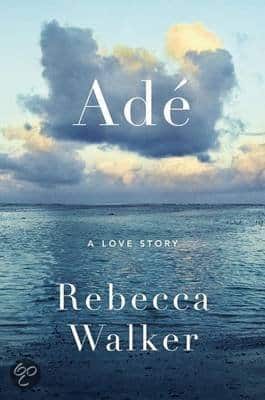