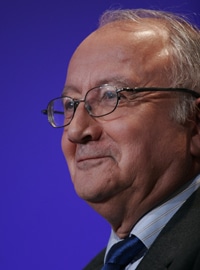 Jean Audouze is a French astrophysicist and a former student of the brilliant astronomer Hubert Reeves, with whom he published a book. Jean Audouze is also the director of research at CNRS at the Institut d'Astrophysique de Paris.

He is currently a nuclesynthesis and is researching the questions of cosmology and space. Beside these researches he studied the science of research, education and politics. He considers that science is interesting in all its aspects.

Jean Audouze is very sensitive to the relationship between science and culture. Thus in 2006, he helped to organize an exhibition on the golden age of Arabic science at the Institut du Monde Arabe to study and display the important contributions of Islamic civilization in astronomy as well as philosophy, and many other sciences (algebra, geometry, trigonometry, music, chemistry, engineering, medicine and others) that brought fruitful exchanges and have helped the development of the West during the Middle Ages, from the tenth century to the fifteenth century. He states that the West owes much to Islamic civilization, which contributed a lot to the cultural foundations of Europe, and allowed the prodigious development to the Renaissance.

Jean Audouze is behind the creation of ADEME, the merger of ANREDE (National Agency for the recovery and disposal of waste) and the AFME (French Agency for Energy Management).

He also received many awards and prizes like the Kalinga Prize awarded by Unesco in 2004.

1.   Education
2.   Research
3.   Policy and management of museums
4.   The relation between science and culture
5.   Astronomy
6.   Questions of cosmology
7.   Nucleosynthesis