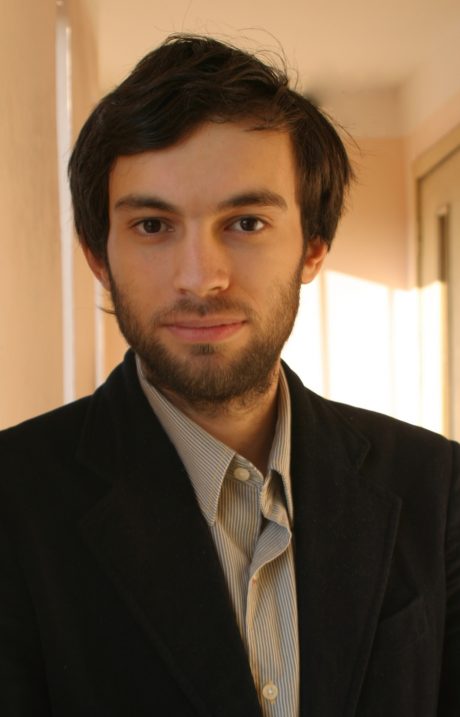 Society and Politics in Israel, Hebrew

My personal and professional interests are based in the intersection of technology and the humanities. On the one hand, I'm proud of 10 years experience in the media industry, going all the way - from a newspaper reporter to editor-in-chief of a major professional magazine. On the other hand, I have a solid technical background and years of experience on positions of CIO and CTO. Along with that, my experience in nonprofit organizations in the area of non-formal education comprise of almost 10 years. Finally, in addition to participating in third party projects, I am a social entrepreneur, as well as perform in the role of mentor.

Always open to new ideas and proposals, including the most insane.

Jerusalem Startup Hub aims to be a booster for innovative entrepreneurial culture, providing all of its members, partners and affiliates with a dynamic, energetic, fun and success driven environment in which they can all work, collaborate, develop and prosper.

JewishNet is a Jewish Social Platform of the new generation targeting to create integrated information space for Jewish users and organizations. The Advisory Committee embodies the Ministers of the State of Israel, scientists and political scientists known worldwide, leaders of the local and international Jewish communities.

Everything that deal with effective work in social media - from bringing new projects to market, to political PR.

The Hebrew University of Jerusalem

I lead-managed the magazine intended for IT-professionals from its first issue. In three years IT Business week was the only magazine in this sector which has survived the economic crisis, but our biggest achievement are both good professional and personal relationship with the advertisers and partners, the leaders of the world IT-market, from Google to Microsoft and from Intel to Samsung.

The Ukrainian Union of Jewish Students is a pan-Ukrainian, non-governmental organization established in 1995 and renewed in 2005. UUJS is a young but strong organization with a large membership. Our main mission is to establish and to develop strong Jewish youth community, to organize educational seminars and programs, to lobby interests of Jewish Diaspora in Ukraine.

I have created from the ground up an Internet portal which has collected a large volume of material dedicated to the Holocaust; articles, testimonies, books and educational and analytical materials. The website has been ahead Yad Vashem and Wikipedia's page about Shoah in Google for many years. When the Russian version of the Yad Vashem site was of sufficient quality, I scraped the project.

A Ukrainian glossy magazine for hi-tech enthusiasts. Bright, colorful publication, through which thousands of new products in consumer IT-market has passed.