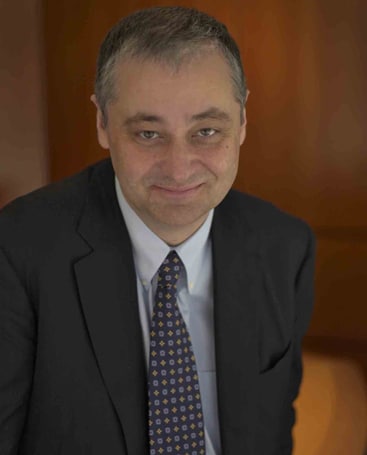 Philippe Bloch received his MBA in 1982 from ESSEC Business School in Paris, France. He served as a Commercial Attaché for the French Embassy in New York from 1982 to 1983. While acting as Publisher ...

Philippe Bloch received his MBA in 1982 from ESSEC Business School in Paris, France. He served as a Commercial Attaché for the French Embassy in New York from 1982 to 1983.

While acting as Publisher of 'L'Expansion Magazine' from 1984 to 1986, he published his first book 'Service Compris' (the most successful French business book to date, selling over 500,000 copies) and created PBRH Conseil in 1987 (a training, consulting and publishing company specializing in customer service quality).

His second book ('Dinosaures & Chameleons - 9 paradoxes to succeed in an unpredictable world') was published in 1991.

Philippe has since given more than 1,800 conferences throughout Europe focusing mainly on customer service, excellence, management and entrepreneurship, and has acted as 'Master of Ceremony' for numerous national and international events.

In 1993 he founded Columbus Café, and opened stores in Paris and Lille in october 1994, successfully introducing the gourmet coffee concept for the first time in France. The company now operates 50 units in France and the Middle East.

His latest book 'Bienheureux les Fêlés…' tells the personal story of his entrepreneurial ventures in a country which does not always promote initiative and the entrepreneurial spirit.

Philippe left Columbus Café in June 2004, and is now working on numerous activities, including conferences and 'Master of Ceremony' activities, various writing assignments in business periodicals, a weekly radio show on BFM Radio ('L'Entreprise BFM') and a new book project.

Philippe is bilingual in both French and English.