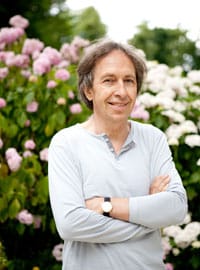 One of the best European philosophers

Pascal Bruckner is a French writer and is part of the Cercle de l'Oratoire think tank.After studies at the university Paris I and Paris VII, subsequently at the I‰cole Pratique des Hautes...

Pascal Bruckner is a French writer and is part of the Cercle de l'Oratoire think tank. After studies at the university Paris I and Paris VII, subsequently at the I‰cole Pratique des Hautes I‰tudes, he became maI®tre de conférences at the Institut dI‰tudes Politiques de Paris, and collaborator at the « Nouvel Observateur ». A prolific writer, Pascal Bruckner began writing in the vein of the so-called « nouveaux philosophes » and counts among their best known French proponents. He published 'Parias, ou la tentation de l'Inde' ('Parias, or the temptation of India'), 'Lunes de Fiel' (adapted to film by Roman Polanski) and 'Les voleurs de beauté' (The beauty stealers) (Prix Renaudot in 1997). Among essays, 'La tentation de l'innocence' (Temptation of innocence) (Prix Médicis in 1995) and, famously, 'Le Sanglot de l'Homme blanc' ('The Cry of the White Man'), and more recently 'La tyrannie de la pénitence' (2006), an essay on the West's endless self-criticism. In May 1983 he published 'Le Sanglot de l'Homme blanc' ('The Tears of the White Man'), subtitled 'Third World, culpability and self-hatred', an attack against narcistic and destructive policies in the interest for the Third World, which was a controversial opus. Bruckner describes what he sees as a pro-Third-World sentimentalism of part of the Western Left-wing and its cheap self-culpabilisation; the essay had an influence on a whole trend of thought. His polemic stance against multiculturalism has kindled an international debate. The article titled 'Enlightenment fundamentalism or racism of the anti-racists?', defended Ayaan Hirsi Ali by criticizing other articles by Ian Buruma and Timothy Garton Ash. Bruckner attacks the Enlightenment, utilizing modern philosophers ranging from Heidegger to Gadamer, Derrida, Horkheimer and Theodor Adorno. They all mention how "all the evils of our epoch were spawned by this philosophical and literary episode: capitalism, colonialism, totalitarianism,". However, Bruckner does say that there is a preferable form of Enlightenment, as opposed to Anglo-Saxon Enlightenment: "Denouncing the excesses of the Enlightenment in the concepts that it forged means being true to its spirit." Pascal Bruckner is an interesting speaker, used to open discussion while making others think. Bruckner engages in lively, interesting conversation and applies his thoughts to current, national and international affairs.

The Temptation of Innocence

The Tears of the White Man