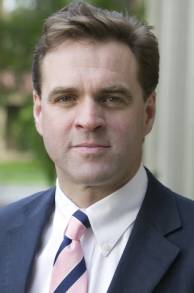 NIALL FERGUSON is Laurence A. Tisch Professor of History at Harvard University. He is also a Senior Fellow at the Hoover Institution, Stanford University, and a Senior Research Fellow at Jesus College, Oxford, and has published twelve books. His most recent books are The Great Degeneration: How ...

NIALL FERGUSON is Laurence A. Tisch Professor of History at Harvard University. He is also a Senior Fellow at the Hoover Institution, Stanford University, and a Senior Research Fellow at Jesus College, Oxford, and has published twelve books. His most recent books are The Great Degeneration: How Institutions Decay and Economies Die and Civilization: The West and the Rest, also a PBS/Channel 4 documentary series.

His first book, Paper and Iron: Hamburg Business and German Politics in the Era of Inflation 1897-1927, was short-listed for the History Today Book of the Year award, while the collection of essays he edited, Virtual History: Alternatives and Counterfactuals, was a UK bestseller. In 1998 he published to international critical acclaim The Pity of War: Explaining World War One and The World’s Banker: The History of the House of Rothschild. The latter won the Wadsworth Prize for Business History and was also short-listed for the Jewish Quarterly/Wingate Literary Award and the American National Jewish Book Award. In 2001, after a year as Houblon-Norman Fellow at the Bank of England, he published The Cash Nexus: Money and Power in the Modern World, 1700-2000.

He is a regular contributor to television and radio on both sides of the Atlantic. A prolific commentator on contemporary politics and economics, Niall is a contributing editor for Bloomberg TV.

In 2003 he wrote and presented a six-part history of the British Empire for Channel 4, the UK terrestrial broadcaster. The accompanying book, Empire: The Rise and Demise of the British World Order and the Lessons for Global Power, was a bestseller in both Britain and the United States. The sequel, Colossus: The Rise and Fall of the American Empire, was published in 2004 by Penguin, and prompted Time magazine to name him one of the 100 most influential people in the world. Two years later he published The War of the World: Twentieth-Century Conflict and the Descent of the West, a television adaptation of which was screened by PBS in 2007. The Ascent of Money: A Financial History of the World followed in 2008 and was also a PBS series, winning the International Emmy award for Best Documentary. High Financier: The Lives and Time of Siegmund Warburg appeared in 2010.

An accomplished speaker, Ferguson’s presentations are celebrated for their scintillating wit and their analytical clarity.

1.   Civilization: The West and the Rest
2.   Can Europe Collapse? And Might America Be Next?
3.   Those With Guns and Those Who Dig: The World Economy After the Crisis
4.   The Ascent and Descent of Money: What Went Wrong with Western Finance?
5.   Rebuilding Capitalism after the Global Financial Crisis
6.   Globalization: Past, Present and Possible Futures
7.   Political Risk and the Global Business Environment
8.   Business Empires: How Big Companies Rise and Fall
9.   The Great Recession in Historical Perspective
10.   Is This the Chinese Century?
11.   The Clash of Civilizations and the Scramble for Commodities
12.   Financial Regulation: The Disease of Which It Pretends to be the Cure?
13.   The Great Degeneration: How Institutions Decay and Economies Die and Civilization
14.   Degeneration and Regeneration after the Global Financial Crisis