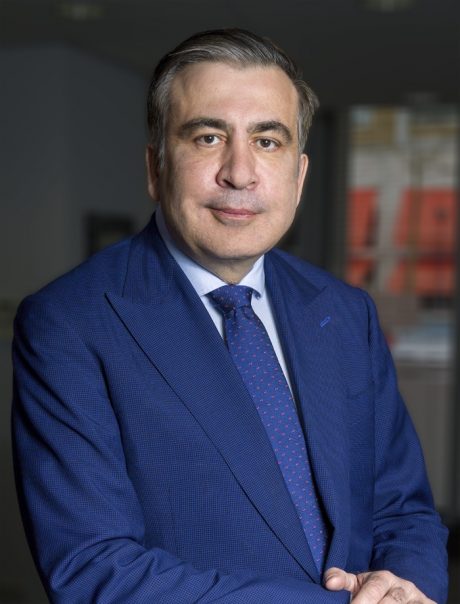 Mikheil Saakashvili was president of Georgia from 2004 to 2013. The name and fame that Mikheil made through the success story in Georgia gave him huge credit in other reform-minded countries in the...

Mikheil Saakashvili, or Micheil Saakashvili was president of Georgia from 2004 to 2013 with a brief interruption in the winter of 2007-2008. He was leader of the opposition on behalf of the United National Movement during the Rose Revolution at the end of 2003, when President Shevardnadze was forced to resign. On the 4th of January 2004, Saakashvili was elected the new President of Georgia with more than 96,27 % of the votes. He was widely regarded as a pro-NATO and pro-Western politician who led a series of political and economic reforms. In 2010 he had a 67% approval rating despite opposition criticism of his alleged authoritarian tendencies and electoral fraud.

Mikheil Saakashvili studied International Law in Ukraine and at the International Institute of Human Rights in Strasbourg. In New York, where he lived together with Sandra Roelofs, he studied law at Columbia University and then went on to work as a lawyer in the United States. In 1995 the couple, who have two sons, moved to Georgia, where Mikheil Saakashvili became an MP and later Minister of Justice for Shevardnadze's party.

From May 2015 to November 2016, Saakashvili was governor of the Odessa region of Ukraine. Due to disagreement about his Ukrainian citizenship, he became stateless in the summer of 2017 and eventually ended up in the Netherlands. Not illogical. Because he married Sandra Roelofs from Terneuzen, he was granted a residence permit in February 2018 for the purpose of family reunification. He resigned and became leader of the opposition when it refused to support his anti-corruption bill. In May of 2020 Mikheil Saakashvili was appointed chairman of the National Reform Council of Ukraine by the Ukrainian President.

The name and fame that Mikheil made through the success story in Georgia gave him huge credit in other reform-minded countries in the whole post-Soviet space. Even if, from abroad, Mikheil keeps being the main political oppositional figure in Georgian politics. A huge source of hope and inspiration for hundreds of thousands of Georgians.

His mission is to change the region into a successful and democratic space with an equal-footed, healthy relationship to the Russian Federation, Building on the international success story of the country Georgia and inspired by the talented young generation and free-thinking persons from different backgrounds. Mikheil believes in change and democracy, even in settings that seem doomed to fail and hopeless. The former Eastern European politician is a gifted speaker on topics such as the eventful history and current situation in Ukraine and Georgia, the relationship with the United States, geopolitics, politics in general and human rights.

1. Fight against corruption and red tape in Ukraine
2. Reforms in today's Ukraine
3. Georgia's remake in a decade (2003 - 2013)
4. Geo-politics and the role of Russia
5. Never surrender: success against the odds

Since 25 February, 2018, Mikheil Saakashvili, former President of Georgia and former Governor of Odessa, Ukraine, continues his fight against...