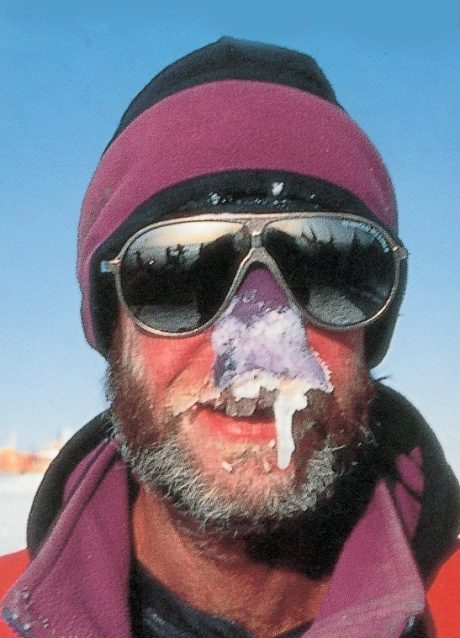 Mike Stroud is a Doctor and Explorer. He held various NHS training posts from 1979 to 1975. From 1987-89 he was NHS Registrar in Medicine. He spent 1989 to 1995 researching into human performance and endurance. Laterally he was Chief Scientist in physiology, Centre for Human Sciences, Defence Research Agency, where his research fell in nutrition. Next he became Senior Registrar in gastroenterology Southampton University Hospitals NHS Trust. From 1995-98 he held the positions of consultant gastroenterologist and senior lecturer in medicine, gastroenterology and nutrition at Southampton University Hospitals NHS Trust 1998- He took on the "Footsteps of Scott Antarctic" expedition in 1985. Mike then completed 5 North Pole expeditions between 1986 and 1990 and crossed the Antarctic with Sir Ranulph Fiennes in 1992. This was the first unsupported crossing in history. Mike then led the UK team in the Marathon des Sables, Sahara Desert in 1994 and followed this up with the Eco-Challenge adventure race in both 1995 and 1996. His next challenge was to take on the first unsupported, non-stop desert crossing of Qatar 2002, followed by seven full marathons on seven continents in seven days with Sir Ranulph Fiennes 2003. Mike's various TV and radio appearances include acting as endurance expert on BBC Televisions - Are You Tough Enough for the SAS and as presenter of the BBC's The Challenge. In 1995 Mike was awarded the Polar Medal. Mike is a member Physiology Society.

1. Ice to dust – extreme medicine
2. Leadership and motivation: Survival of the fittest
3. Teamwork: Shadows on the wasteland The impact of your environment on your well being Footsteps of Scott