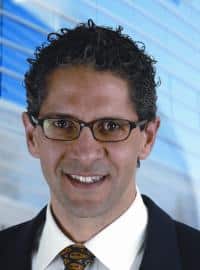 Michael Yaziji's current research focus is on relationships between corporations and non governmental organizations (NGOs), e.g. Greenpeace, Friends of the Earth, PETA, and WWF. He studies both campaigns by NGOs against corporations as well as collaborative partnerships between corporations and NGOs. His recent publications on the topic include “Turning Gadflies into Allies” in The Harvard Business Review (2004), and “Toward a Theory of Social Risk: Antecedents of Normative Delegitimation” in International Studies of Management and Organization (2005).

Michael’s articles have been translated into many languages and he is also a contributor to The Financial Times, INSEAD Quarterly, and The European Management Journal. He was recently awarded a contract with Cambridge University Press for a book on NGO-Corporate relationships as part of a series edited by Ed Freeman.

He has consulted for leading corporations such as Microsoft, Cisco, and AP Moller Maersk in the areas of market and non-market strategy formulation and implementation, corporate values, and stakeholder management. In addition to being a keynote speaker at various think-tanks including L’Institut Français des Relations Internationals and The Copenhagen Center, Michael is also a visiting fellow at INSEAD. He is also a member of the World Economic Forum Roundtable on Public-Private Partnerships in Health whose report is being studied at the 2005 UN high-level meeting.

Michael was the founding director of the Business and Society Forum at INSEAD, which included notable speakers such as Robert Reich (US Secretary of Labor under Clinton), Dan Esty (Yale), David Vogel (Berkeley), and Robert Frank (Cornell).

With a PhD in management from INSEAD, Michael’s educational background also includes a PhD in analytic philosophy from the University of California. His INSEAD management dissertation research focused on NGO campaigns against corporations. It was based on the largest global survey of campaigning NGOs. The research provided insights into the goals, tactics, target selection criteria, dynamic interactions, and effects of these campaigns against corporations. Michael’s doctoral research in analytic philosophy focused on the epistemological and ontological status of ethics.