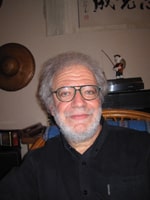 Sinologist and a political scientist

Jean Philippe Béja holds degrees from the Institut d'Etudes Politiques de Paris (IEP), the University of Paris VII (Chinese), the Centre de Formation des Journalistes (CFJ), the University of Liaonning (Chinese Literature) and a PhD in Asian Studies from University Paris VII. He worked at the Centre d'Etudes Français sur la Chine Contemporaine (in Hong Kong) from 1993 to 1997 and from 2008 to 2010. He is currently a senior researcher at CNRS, and works at the Centre for International Research (CERI) in Paris. Trained as a sinologist and a political scientist, he works on the relation between the citizen and the State in the People’ Republic of China. He has also written extensively on the democratization of Hong Kong. Member of the editorial board of China Perspectives, which he co-founded, he is also a member of the editorial boards of Chinese Cross-Currents (Macau), and of East Asia: an International Quarterly (New Jersey). The Journal of Contemporary Chinese Studies and Hong Kong Journal of Social Sciences. He regularly writes for Esprit.He supervises PhD dissertations at Sciences-Po (Institute of Political Sciences) Paris, and at Ecole des Hautes Etudes en Sciences Sociales, Paris.

Senior research fellow at CNRS (French Center for Scientific Research) and at CERI (Centre for International Studies and Research), he is presently working at the Hong Kong French Center for research on Contemporary China, and is a visiting professor at the Institute of Sociology of the Chinese Academy of Social Sciences, Beijing.

1.   The development and role of civil society
2.   The evolution of the political regime
3.   Social movements in China
4.   Chinese intellectuals and the State