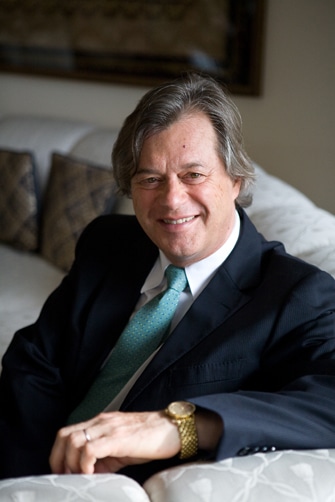 Jean-François Rischard, the first European Vice President of the World Bank and writer of the best-selling book: “High Noon; 20 global problems, 20 years to solve them!”. In his book,...

Jean-François Rischard, the first European Vice President of the World Bank and writer of the best-selling book: “High Noon; 20 global problems, 20 years to solve them!”. In his book, Jean-François Rischard makes it absolutely clear that the government policies pursued until now are totally inadequate to solve global problems in the fields of the environment, peace-negotiations, conflicts, poverty and mass-migration. Problems that will shape the 21st century.

Jean-François Rischard was the first European vice-president of the World Bank, and as such in this role as “Chief Spokesperson” in Europe, he represented the World bank at the highest levels, being it’s ambassador to the 18 countries of the European Economic Sphere (EU plus Norway, Switzerland and Iceland) This includes governments, parliaments and players in the private sector, NGOs and opinion-makers. His task was to bring the World Bank closer to Europe, and to have Europe cooperate more closely with it.

He also held the general responsibility for relations between the World Bank and all the European institution, the organization for Economic Cooperation and Development (OECD).

Jean-François Rischard’s main areas of attention where the importance of corporate governance (good governance), the international interdependence and the possible role of Europe in this process, as well as the new rules of the game in the emergence of a ‘global economy’ and the implications for the different players in this system, especially the developing world.

“High Noon; 20 global problems, 20 years to solve them !” appeared in 2002 and was translated into several languages. Jean François Rischard has always been on two sides of the Atlantic in every sense, knowing his way around European and US business culture. He knows the rest of the world too because he worked in no less than 60 countries. He obtained an MBA from Harvard Business School (where he merited first and second years honors) and also holds a Law doctorate and a PhD. in Economics from the University of Aix-Marseille.