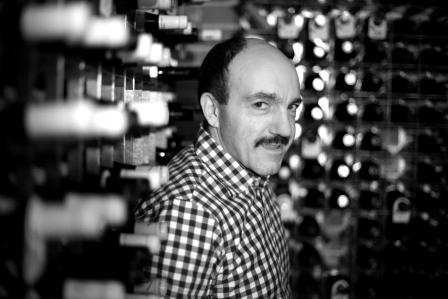 World Best Sommelier 2010, he is currently one of the greatest sommelier all over the world.

Gerard was born and raised in France. After having qualified as a chef he moved to England for good in the mid 1980s. He then embarked on a very successful career as a sommelier.Successful from its...

Gerard was born and raised in France. After having qualified as a chef he moved to England for good in the mid 1980s. He then embarked on a very successful career as a sommelier.

Successful from its very own beginning in the World of Cuisine, he passed three CAP (French Professional Certificate) between 1982 and 1985, in Cuisine, Service and Sommelier. Then he became the current most qualified Sommelier in the world by successfully taking:

Following on from his win in the World Sommelier Championship, Gerard was awarded the Catey Special Award in July 2010. It is a prestigious distinction as Jamie Oliver, Sir Terrence Conran and Lord Sebastian Coe (to bring the Olympics to London) are amongst the past winners of a Catey Special Award. In September 2010 the International Wine Challenge made him IWC Personality of the Year. With the start of 2011, Gerard won Harpers Wine and Spirits Magazine, Personality of the Year, 2011 and was also awarded ‘Industry Legend 2011’ by Imbibe Magazine.

Aside from his wine-sommelier talents, Gerard has demonstrated a genuine flair for business. In 1994 with business partner, Robin Hutson, who he originally worked with at Chewton Glen, he co-founded the Hotel du Vin which they sold in 2004 after having successfully opened six hotels to much acclaim. In 2007, with his wife Nina, Gerard opened Hotel TerraVina and in spite of the recession, the hotel is going forward and has been getting an incredible amount of national press coverage, a number of awards and positive PR.

Gérard Basset is now a board member of the Hotel TerraVina, of the Academy of Food and Wine Service and of the Court of Master Sommeliers. He has been elected in 2010 General Secretary of ASI (Association de la Sommellerie Internationale). In 2011 he has been awarded an OBE in the Queen’s Birthday Honours List.

1. Worldwide wine market expertise
2. The greatest vineyards in the world
3. The art of wine tasting
4. The art of cooking and catering
5. Mental preparation of international contests