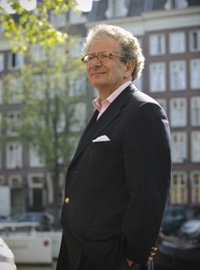 "The Geopolitics of Emotion"

Dr. Dominique Moïsi, is the co-founder of the IFRI (Institut français de relations internationales) and is still active there as a special advisor after being the deputy director.

Moïsi specialized in geopolitics and international relations and is the author of the famous book 'The Geopolitics of Emotion: How Cultures of Fear, Humiliation, and Hope are reshaping the World', which is translated in 15 languages.

After studying political science and law at the Sorbonne and Harvard, he taught at the Ecole nationale d'administration, l'Ecole des Hautes Etudes en Sciences Sociales and the Institut d'Etudes Politiques de Paris. He is currently a professor at the Harvard University and is the holder of the European Geopolitics Chair at the College of Europe in Natolin (Warsaw).

Beside his teaching activities he publishes articles and columns in the Financial Times, the New York Times, Die Welt and many other major newspapers. He is also a special member of the Bilderberg Group.

The Geopolitics of Emotion