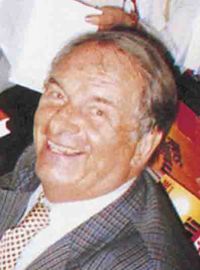 Bestselling author, benefactor, and fascinating speaker with an unbridled passion for India.

`The City of Joy’, `Five past midnight in Bhopal’, `Freely on the Sovjet Roads?'. Three of many bestsellers written by Dominique Lapierre. Millions of people from all over the globe have read...

`The City of Joy’, `Five past midnight in Bhopal’, `Freely on the Sovjet Roads?'. Three of many bestsellers written by Dominique Lapierre. Millions of people from all over the globe have read his books and are touched. Lapierre's novels contain a tough message, for example his latest bestseller 'Is New York Burning'. For the first time in twenty years, he co-authored this book with his best friend Larry Collins. Dominique Lapierre is an unbelievable fascinating person with an unbridled passion for India.

He was born in 1931 in Paris. His father was a diplomat, his mother a journalist. At 17, he left Paris with $ 30 in his pocket. He worked on a ship and finally reached North America, where he traveled 30,000 kilometers. This adventure led to his first bestseller 'A Dollar for a Thousand Years'. He wasn't even 18 years old then. Four years later, he wrote his second book 'Honeymoon around the world'. He was just married.

In 1954 he joined the army as a conscript, where he met American soldier Larry Collins. They both ended up in journalism. Collins became a correspondent in Rome and later in the Middle East for United Press and Newsweek. For fifteen years Lapierre wrote articles for the influential magazine Paris Match. Actually the two friends were competitors journalistically. In 1962, they got the idea to write a book together for the first time. Four years later 'Is Paris Burning' was published and became an international bestseller, with 10 million copies sold in 30 different languages. This book was made into a movie. After a short break, a number of co-written books followed. `Or I’ll dress you in the Mourning’, `O Jerusalem’, `Freedom at Midnight’, and `The Fifth Horseman’ were bestsellers without exception and were read by millions of people all over the world. After having worked independently from each other for almost twenty years the two former journalists teamed up again and wrote `Is New York Burning?’. A great come back.

Lapierre tells his stories to help people. He says more in 45 minutes than most people in an entire week. He is a gifted speaker. His enormous experience adds value to his story. No wonder he is such frequently asked keynote speaker. His lectures don't make him very rich though. The biggest part of the revenues of his lectures and of the royalties of his books goes directly to City of Joy Aid in Calcutta, a non-profit humanitarian institution founded and supported by Lapierre and his wife, who have devoted their lives and souls to India. They have set up four hospital boats to provide medical care to 1 million people on 54 remote islands of the Ganga delta. This unique foundation has helped 9,000 children suffering from leprosy or other diseases, suppressed tuberculosis in 1,200 villages and drilled more than 540 water wells. The last ten years, City of Joy Aid has funded treatment for more than 5 million patients, whereas women in a thousand villages have learned how to write.

Lapierre, who is in his seventies now, still visits India at least four times a year. India is the country with the most universities in the world, a great intellectual potential, a flourishing software industry and at the same time almost unprecedented poverty. Lapierre can talk for hours about the beauty of India, where people have the gift to conquer set backs, time after time. "I have learned more from them, then they can ever learn from me. I have received more than I can give."

Lapierre also gives fascinating lectures about world issues, the division between poor en rich and the threat of terrorism. During his research for his latest bestseller 'Is New York burning?' Lapierre has made some shocking discoveries about the situation in the United States.