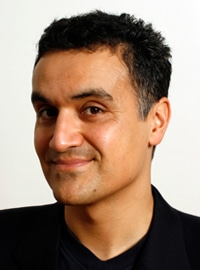 Best-selling author of 'In Praise of Slow' and 'Under Pressure'

Carl Honoré is an award-winning Canadian journalist and international best-selling author of 'In Praise of Slow' and, most recently, 'Under Pressure'.He worked with street children in Brazil before turning to writing. He has been a foreign correspondent in both Europe and South America for the ...

Carl Honoré is an award-winning Canadian journalist and international best-selling author of 'In Praise of Slow' and, most recently, 'Under Pressure'.

He worked with street children in Brazil before turning to writing. He has been a foreign correspondent in both Europe and South America for the Economist, Observer, Houston Chronicle, National Post (Canada), Miami Herald, and Time magazine.

His first book, 'In Praise of Slow: How a Worldwide Movement is Challenging the Cult of Speed', examines the modern compulsion to hurry and chronicles a global trend toward putting on the brakes. It has been translated into 32 languages and landed on bestseller lists in many countries. Hailed as a manual for leading a richer, more productive life by publications ranging from Yoga Journal and Spirituality and Health to the Economist and Business World, 'In Praise of Slow' was chosen as a Non-Fiction Book of the Year by the Christian Science Monitor, and was a finalist in the Books For a Better Life Awards (US) and the Nautilus Book Awards (US). It has also been put on the curriculum of schools, universities and business colleges around the world.

Matthew Gwyther, the editor of Management Today, described 'In Praise of Slow' as "thorough and highly persuasive...(a book) well on its way to cult status. It has been described as the No Logo of its age, but it's far more compelling and intelligent than that, and a necessary addition to the reading list of marketing, HR and new product development departments. Read (it) slowly to allow inward digestion without dyspepsia."

An engaging, incisive and humorous speaker, Honoré builds a compelling case for slowing down as a way to live, work and play better in the fast-paced modern world. He says: "We all feel under pressure to do everything faster. But faster is not always better. When every moment becomes a race against the clock, when we forget how to slow down, there is a price to pay. Our diet, health and work, our relationships, communities and the environment, all suffer. But there is an alternative to living like a roadrunner. It's called the Slow movement. Being Slow is not about giving up or dropping out. It's about working and living better by relearning the art of shifting gears. Taking breaks, taking time to plan or think through a decision or even just taking a nap can boost productivity and the bottom line. Shifting down a gear gets the creative juices flowing. By unleashing your inner tortoise, you can do everything better."

Honoré is sought after as a speaker all over the world. He is at ease running workshops for small groups or working the stage in front of thousands of people. His audiences range from children, teachers and medical practitioners to entrepreneurs, IT professionals and business executives. His first language is English, but he can also present in French, Spanish and Portuguese.

On top of a busy schedule of broadcasting and public speaking around the world, Honoré lectures in universities and takes part in debates and panels. He has been described by ABC News as "the unofficial godfather of a growing cultural shift toward slowing down." Newsweek called him "an international spokesman for the concept of leisure." The Financial Times featured him as a "Guru of the Week."

Honoré is no po-faced paragon of slowness. As a globetrotting writer and speaker, he understands — and occasionally succumbs to — the siren call of mindless hurry. He also sees the funny side of our addiction to haste. While researching 'In Praise of Slow', he received a speeding ticket. And that was en route to a dinner hosted by an organization called Slow Food.

His second book, 'Under Pressure', examines childhood and parenting in the 21st century and was published in 2008.

1.   How to slow down and how to handle the modern fast world
2.   Parenting; how to raise your children in today’s world
3.   Pleasure; Everything is more pleasurable when given the time and attention it deserves

In Praise Of Slow